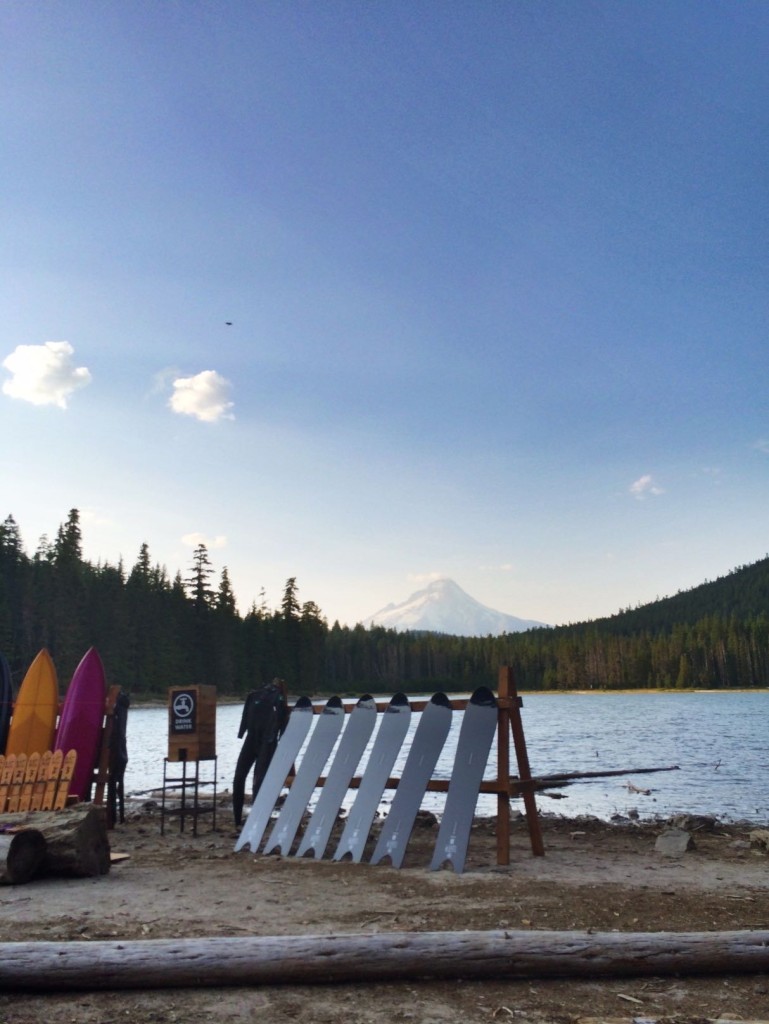 About as good an awards venue as I have ever seen.

July isn’t a month that most people in the Northern Hemisphere associate with snowboarding. BBQ’s, beach visits, and camping trips are probably more the norm. For the small group of us that do make the pilgrimage to the ever shrinking glacial snowfields in the Pacific Northwest we are rewarded with sunny, slush-filled days of summer shred. This year I decided to make the trek to check out yet another rider hosted banked slalom, the Rat Race presented by the We Drink Water crew.

Mt. Hood saw one of its worst snow years in recorded history forcing founders Austin Smith and Bryan Fox to find a new local for the event, now in its 4th year. Not to be deterred, they found a spot above the Palmer Snowfield that would require anyone interested in taking part to earn their turns and hike the course for every lap. 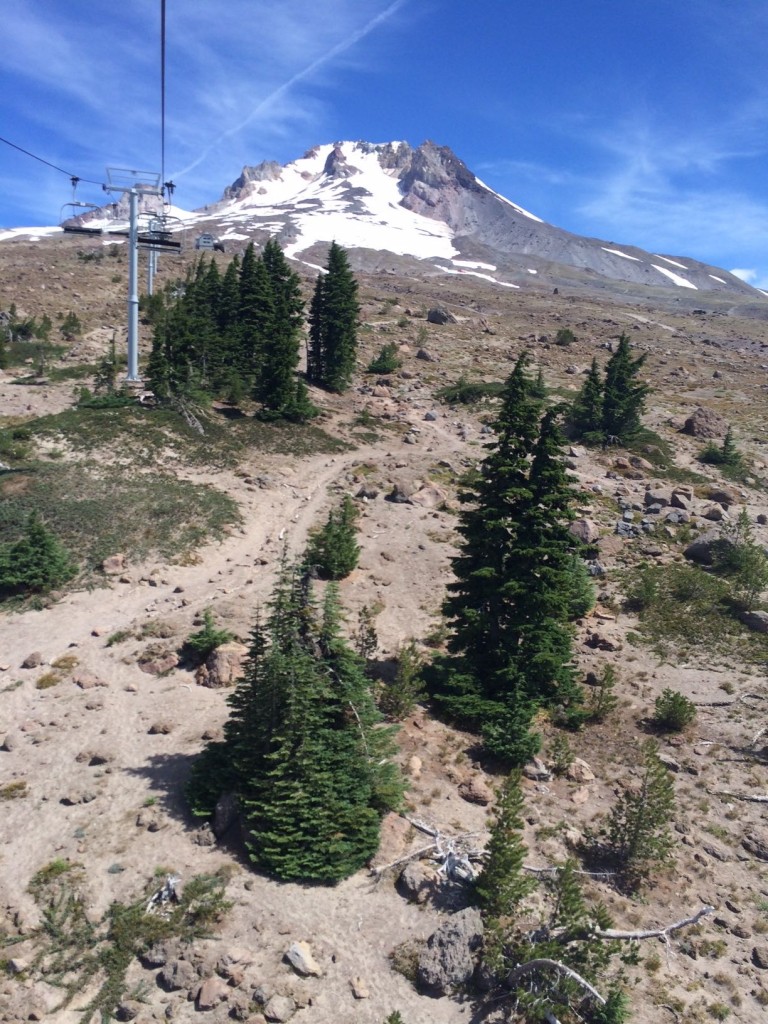 Rider hosted events have a unique vibe that sets them apart from other more traditional competitions. Sure there are some sponsors, most of which back the riders putting the blood, sweat and tears into pulling the thing off, but there are no TV crews, no marketing budgets, an the little press that they do get is typically putout by industry insiders that take part in the mayhem. This was just a small group of dedicated dudes with some shovels, rakes, and a couple hundred pounds of salt. Being my first time to the event and not knowing the Drink Water crew very well, I figured it would be in my best interest to show up early to help dig. These events don’t get any help from snowcats or machines, it’s all hand built chaos.

The event got its start from the pastime of the Drink Water crew when they were diggers at High Cascade Snow Camp. They would salt in a set of tight rollers next to the digger tent dubbed the ‘death track’ and see if anyone could make it through without eating shit. Unlike most banked slalom events I’ve done, the Rat Race has a handful of tech rollers and doubles to keep you on your toes. This year it was the start and finish that gave most people issues, myself included; during my first attempt I didn’t even make it to turn 1. And the two sets of doubles just before the finish line claimed more egos than you could shake a Cobra Dog at. The summer sun and 100 or so shredders help ride in some of the features to make them a little more manageable, but even still, some of the most legendary riders in the industry found themselves on the wrong side of the fine line. 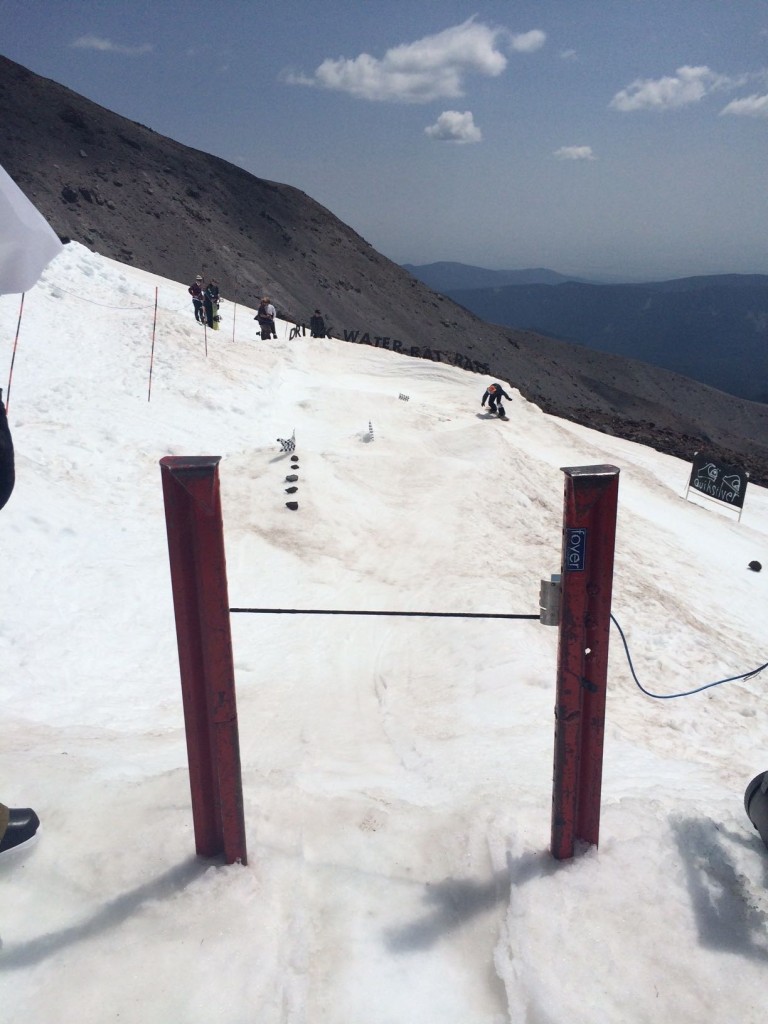 This is where dreams are either made or broken…

The Rat Race is the first event I have ever been to where they were stoked to see participant numbers smaller than the year before. It’s not about being the next must do event, it’s about getting together with a core group of people that love snowboarding and raising money for a good cause (this year they donated over $20k to water.org, a non-profit aimed at getting clean drinking water to those around the world without access).

The awards ceremony that took place at Frog Lake after a BBQ hosted by Bryan and Austin’s parents, is a prime example of what sets this event apart. They give out a handful of ‘Rat Trap’ awards to those in the field who don’t necessarily get to stand on the podium to recognize that it’s not all about the fastest time of the day. There were stories told about almost everyone who was awarded anything. They made sure to bring up and recognize all the people who helped dig and make the event possible. And there were more than a few f-bombs dropped to emphasize their passion about reducing your footprint as consumers and helping others in need. 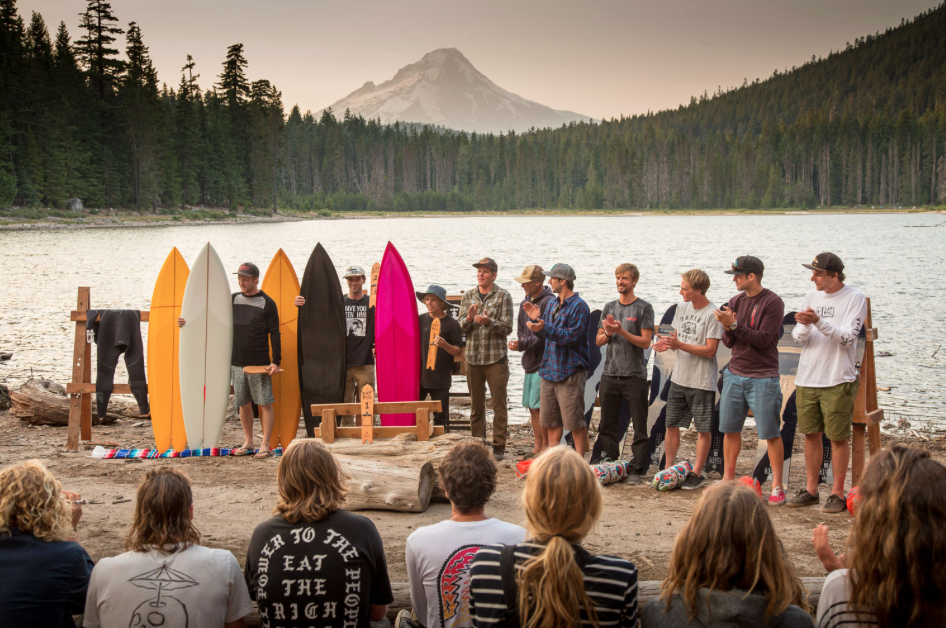 After the Mt Hood moon dust had settled Hailey Langland and Harry “Mr. Banked Slalom” Kearney took home the top honors as well as custom hand shaped surfboards by Chris Christenson. They brought up the top 10 finishers for pro-men and at first I was a little bummed to hear my name called out for 9th, but when the next four or five names were guys I’ve idolized and respected for my whole career, I was honored to be standing amongst some modern legends. As the party wound down, hands were shook, high fives were doled out, and I left with feeling of pure stoke that reminded me of why I started snowboarding in the first place.