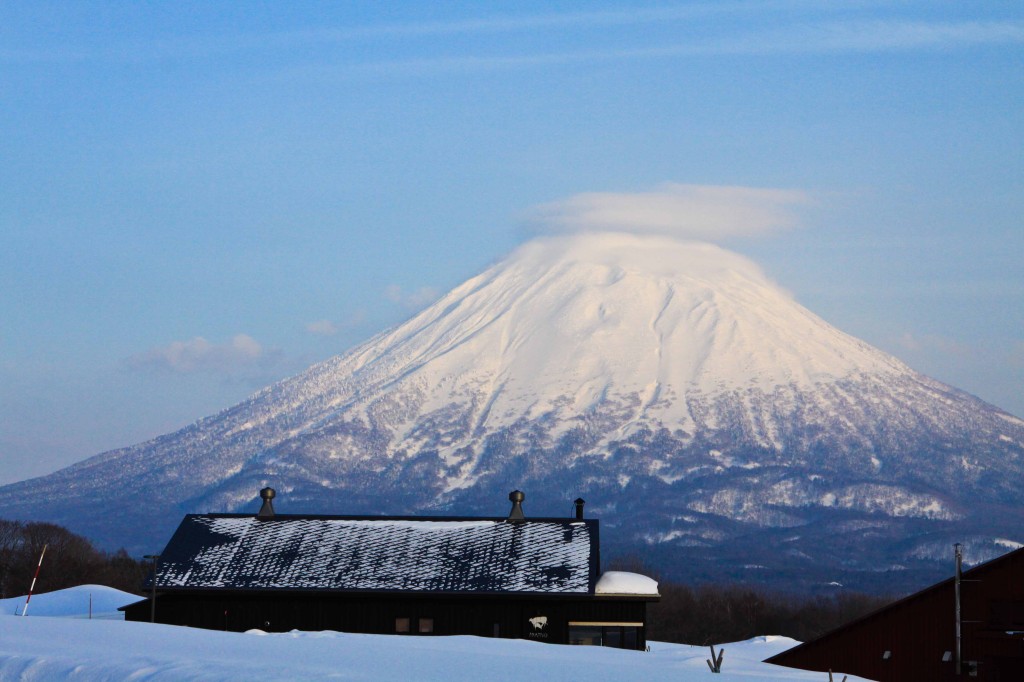 With most of North America suffering through yet another dismal snow year, those of us who are actually fans of winter have been left drooling over photos of those over seas getting the goods. Nowhere continues to deliver year after year like Japan. I swear half of my Instagram feed for the last month has been face shots from those small islands in the North Pacific.

My first trip to the land of the rising sun was in 2007 for my World Cup debut at Furano Resort. Little did I know then it would probably be the best FIS event I would attend for a very long time. Friendly hosts, free sake, and deep untracked pow. One of those may have caused me to forget some of the details about whether it had snowed or was snowing, but what I do remember was that as soon as you went off piste, it was as good as I had ever seen it. And it stayed that way for almost our entire visit. Another thing I remember was that other than our derelict WC crew there were almost no westerners, I know because we stood out against the throngs of local skiers wearing their resort issued numbered bibs in massive group lessons. Damn it was good, and I’ve been trying to get back ever since. 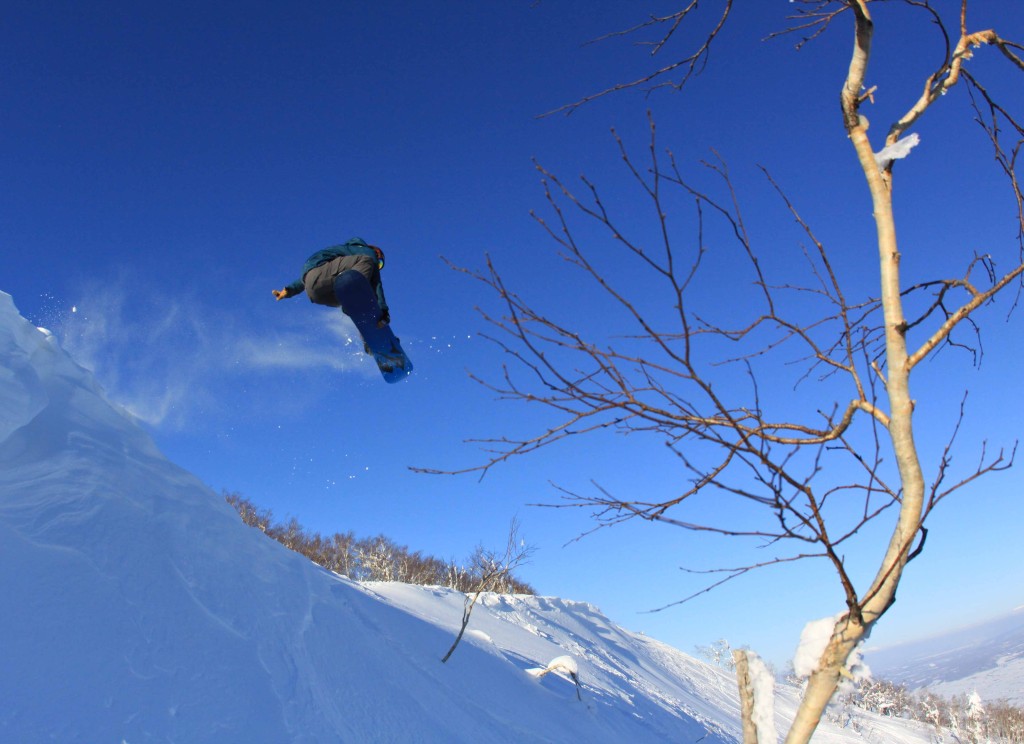 On my way down to the first day of SIA I got a message from a fellow World Cup athlete with nothing on his schedule for the next 5 weeks that he had just gotten funding from a sponsor to go film and was wondering if I wanted to join him in heading over to those seemingly magical islands; the only catch was that he wanted to go ASAP. Needless to say I dropped everything I was doing, booked a plane ticket with no idea where we would stay or how we would get there, and left for Japan 36 hours later. As fate would have it, I got a message from the third member of our crew, a coach for one of the other countries on the WC, that he had a friend with a pension in Furano where we could stay.

After 40 plus hours of travel we arrived mid afternoon to typical overcast skies, dropped our stuff off and immediately headed for the resort. For our first run of the trip we hiked straight past a sign with a skull and cross bones and some Japanese writing underneath and dropped into face shot after face shot. It wasn’t quite the bottomless pow I had been hoping for, but compared to the manmade hard pack I had been riding in North America it was damn good. We hiked after the lifts closed and made it back to the hotel as dark was settling in. As we stood in a short line the following morning, waiting for the lifts to open, looking around I noticed more than a few westerners. None were frothing quite like I was, but we exchanged understanding nods that this bluebird day was going to be good. My crew ducked ropes and hiked lines in search of those magical turns we had all be been hoping for. We managed to find more than a few good untouched areas on various different parts of the resort, but we noticed that as soon as we laid fresh tracks into a zone the next run they were accompanied by a slew of other lines from fellow poachers. This may sound like complaining but it was merely a surprising observation. 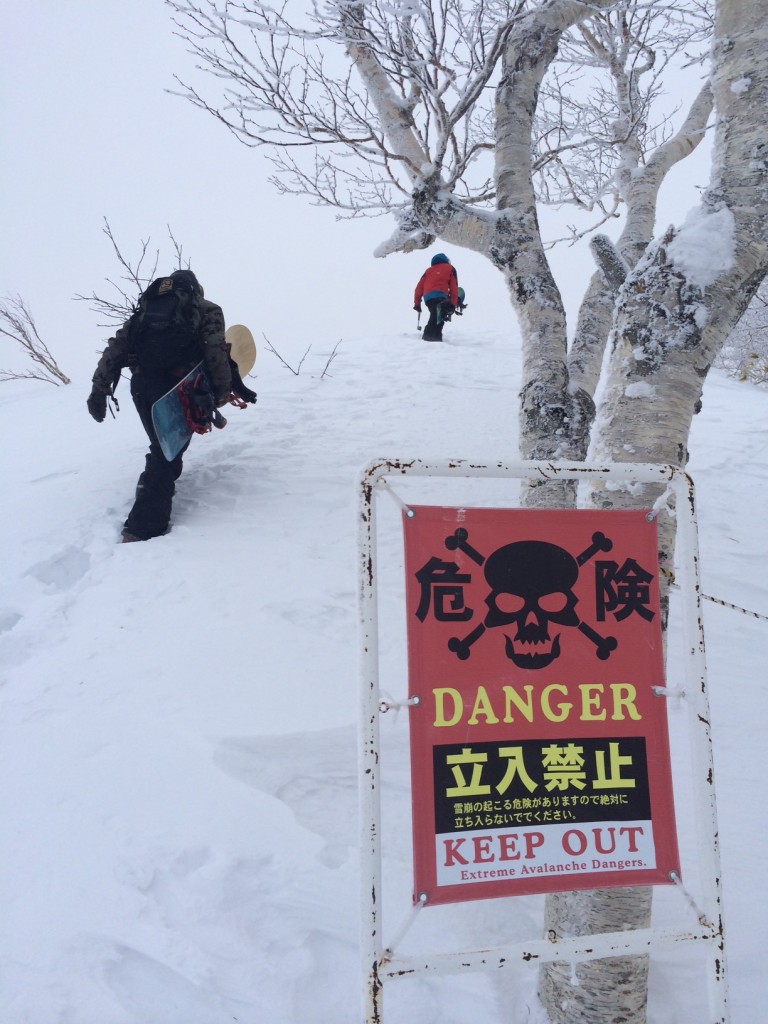 It might have well said “Good Snow this Way”

With a growing outdoor industry and the internet making the world smaller and smaller it’s only a matter of time before that secret surf spot or uncrowded crag starts to have more visitors, and Japan is no exception; the cat was out of the snow covered bag. Just because the secret it out, doesn’t mean you can’t still find unridden pillow lines or waist deep first tracks, you just have venture off the beaten path. In fact, even with minimal snowfall during my visit, it was one of the best pow hunting trips I’ve ever been on. I rode technical lines off of an active volcano, scored mind blowing turns well within view of, although not accessible by, high speed lifts, and snowboarded right down to beach on the Sea of Japan. On top of all the amazing shredding, I got to experience some incredible culture; I could write an entire blog just about the food let a lone the onsens, Shinto shrines, or amazing locals. More than anything, this trip reminded me yet again of how fortunate I am and how many amazing places snowboarding has taken me. 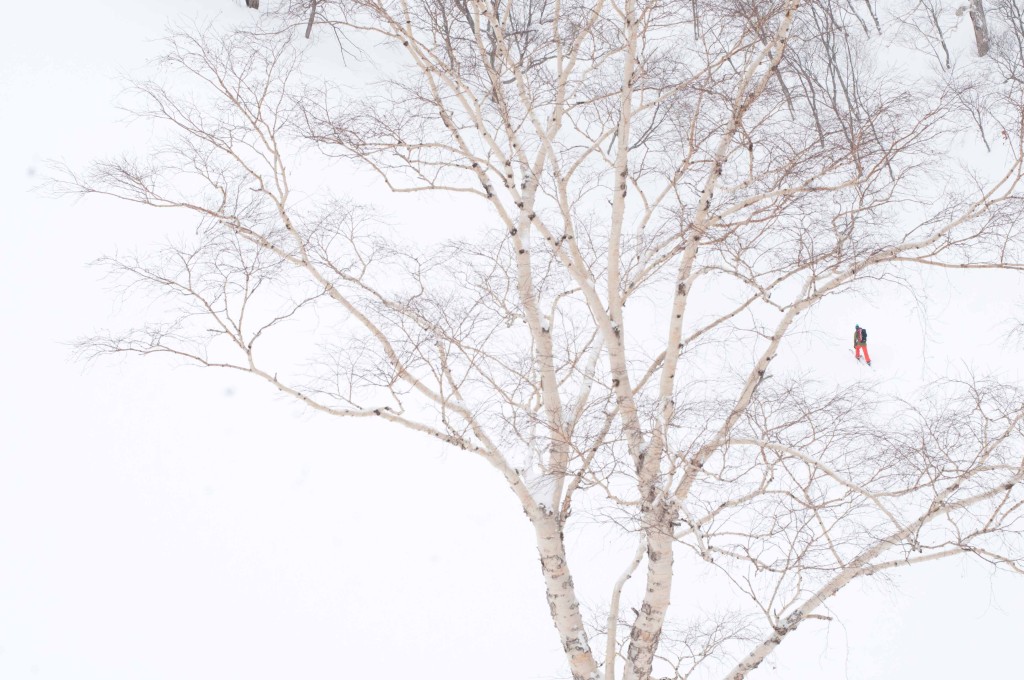 Earning turns, in search of the goods