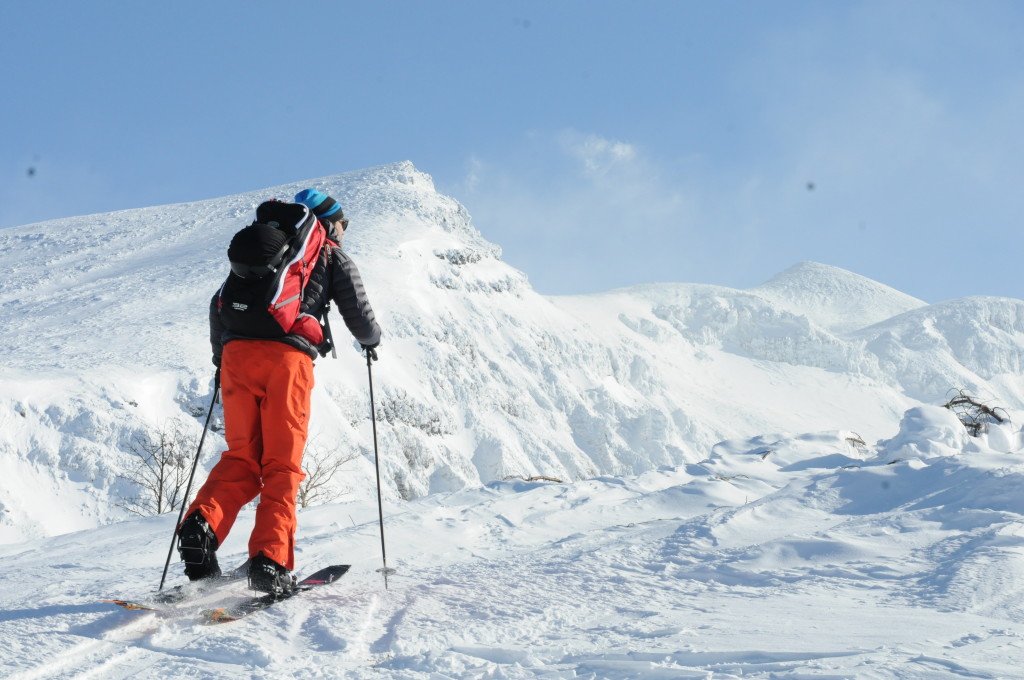 Seems as though this year, more than any other, Mother Nature was the common thread weaving her way through the winter having the first and last say. Much of the western US saw the bleakest winter in recent history while the parts of the East coast set snowfall records. Most of Europe didn’t really see winter start until February while Japan delivered as it almost always does. For me it was one of the strangest winters I have ever experienced and one I won’t soon forget.

Things certainly didn’t start off on a good note with our first two World Cups being canceled, the first due to lack of snow and the second due to funding. Not wanting to sit around I took advantage of the blank FIS calendar and used the opportunity to attend some more fun and low-key events. The Dirkson Derby was the first banked slalom I’d ever done and man what an awesome way to remember why I love snowboarding so much. The post Olympic hangover had been in full effect at the start of the season with meager snowfall and a lack in motivation. Getting together with a great group of people to raise money for a good cause and shred for the pure enjoyment of it was exactly what I needed.

Colorado was lucky enough to have a few storms roll in just in time for a white Christmas. I jumped on the opening to finally take an avalanche class so I could safely start to venture deeper into the backcountry. I was stoked to finally have the know-how and some much needed time to spend more time, deeper in the mountains.

With nothing major before the holiday season, it turned out we would dive in head first with World Championships in Austria followed up by X-Games in Colorado, two of the more important events we have in boardercross. Again, both were plagued by lack of snow, with the axe coming dangerously close to both of them before we lucked out with colder temps and a few flurries at each. I was certainly nervous to get back in the gate for the first time in almost exactly a year since Sochi but it turned out that my riding was the best it has ever been, with unusually strong qualifying results in each. I was quickly reminded that it’s not about how you start, but how you finish and was a little disappointed to walk away with a 17th at Worlds and 10th at X-Games.

February saw yet another absence of SBX events, I had been excitedly looking forward to the Legendary Mt Baker Banked Slalom. Hosted at a resort that historically sees some of the highest snowfall in the US, it came as a shock and disappointment when they had to cancel it for only the second time in 30 years due to, yet again, lack of snow. I decided to nurse my blues with a last minute trip to Japan, which you can read about here. Nothing like deep, blower pow to help keep the stoke alive in an otherwise blasé year.

As March rolled around so did the start of our World Cup season. I decided to head out to The Canyons Resort to take part in the famed Canis Lupus race as a tune up before heading overseas. Yet again, another rad event to get the drive back up for the final push of the competitive season.

10 days. That’s exactly how long our World Cup season was. 3 races, 10 days. No matter how you slice it, that is a little sad; and talk about pressure to try and get a result. Veysonnaz, Switzerland was its typical down the fall line, high-speed carnage fest, and I was glad to make through those two races healthy although without any results. The following week we headed to La Molina, Spain where only days before our arrival there was dirt on either side of the course…you’d think at this point I’d be used to it. From spring temps on training day to almost a foot of fresh snow on race day, Mother Nature kept us on our toes. I was stoked and relived to ride well and have things go my way to squeak out a second place finish and end the race season on a high note. 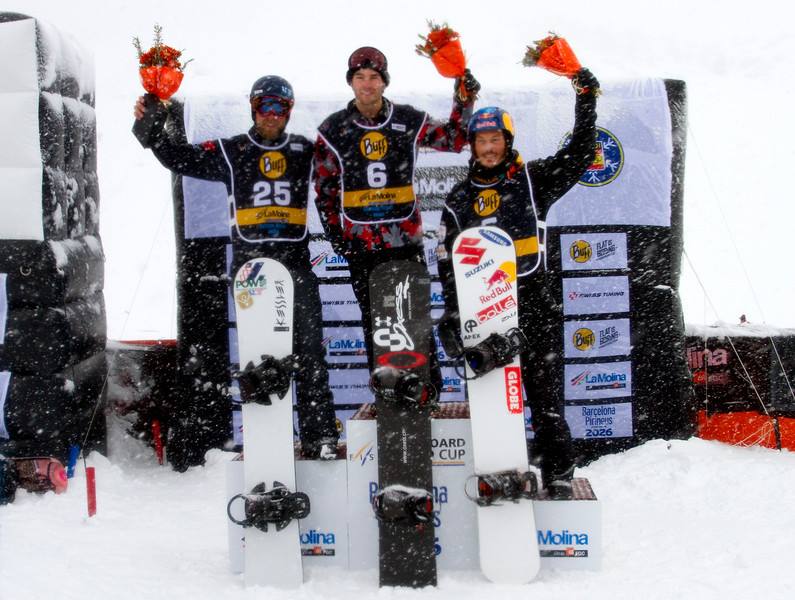 With such a big but quick push in March I was left feeling like I needed more before I could trade in my snowboard boots for bike shoes. I decided to head up to Alaska to explore a place I have been yearning to go my entire career. Warm temps and meager snowfall have plagued much of AK, but the outlook was positive for conditions south of Fairbanks for the fabled Arctic Man. Arctic Man is a unique event hosted, literally, in the middle of nowhere where a snowboarder or skier is paired up with a snowmobile driver in a team event with six figures in total prize money on the line. After racing down mountain, the rider hooks up with the driver and is towed behind the snowmobile up the opposite side at speeds up to 80mph before releasing down a final pitch to the finish line. As luck would have it, a storm rolled in dropping well over a foot of new snow and reducing visibility to levels that were in no way safe to race in, and the event was canceled. On the bright side, I did have to chance to venture out the following day and ride some amazing pow in the Alaskan backcountry. 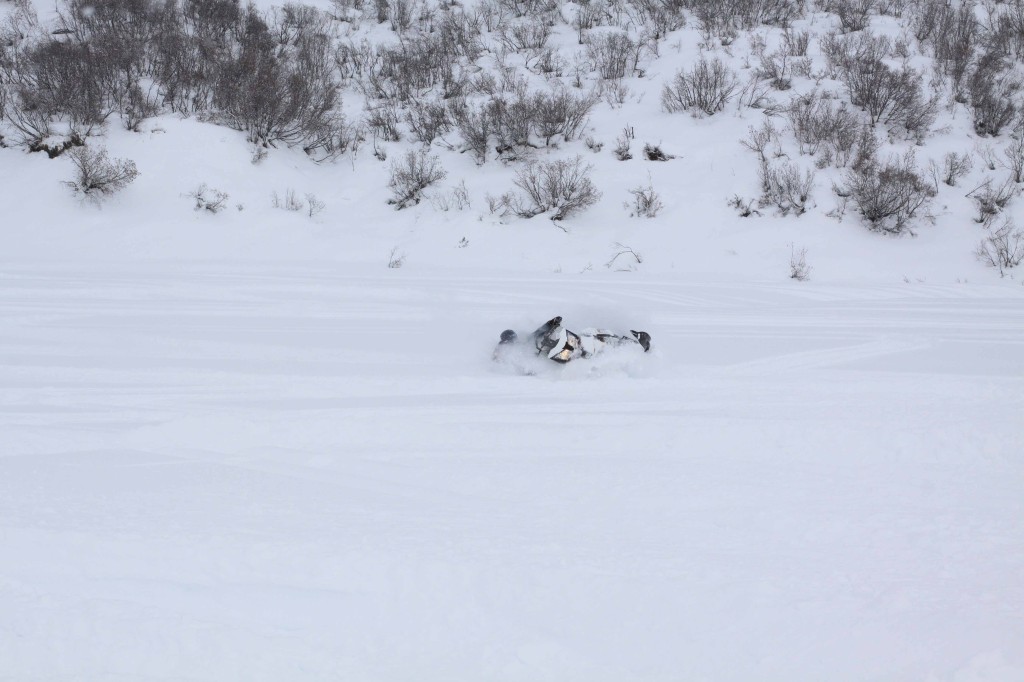 While the competitive season may have been one of the shortest in history, I was glad to be able to use that time to get back to my roots: being a snowboarder. Even with a below average snowfall totals, I managed to ride more pow this year than ever before. In fact, if not for training days, my split board would have gotten more use than my raceboards. I am grateful for the opportunity I had this year to reconnect with my love for something that has given me so much. The outlook for future winters is looking more uncertain, so its more important than ever to appreciate the time we do get to spend in the mountains. Yesterday I was out riding my bike in 60 degree weather, and as I sit here now its dumping snow, so while winter might be winding down, it doesn’t look like it’s over yet.